Songs of Eretz Poetry Review is pleased to present “August” by Yoni Hammer-Kossoy.  In addition a previous appearance in Songs of Eretz http://www.songsoferetz.com/2017/08/feral-by-yoni-hammer-kossoy.html, his poetry is forthcoming or has most recently appeared in Picaroon Poetry, Right Hand Pointing, Lunch Ticket, Cacti Fur, and Poetica's 2017 Mizmor L'David Anthology.

A software engineer born and raised in the United States, Hammer-Kossoy and his family now resides in Israel.  Follow him on Twitter @whichofawind. 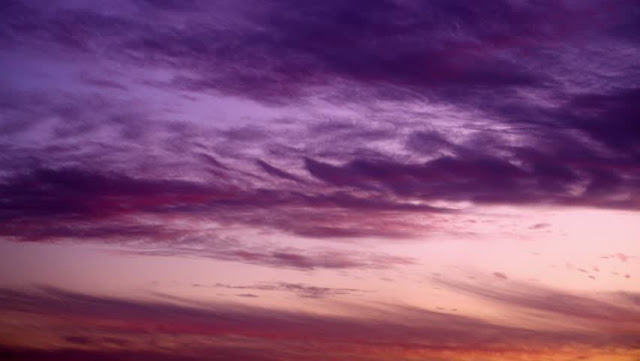 There's a moment at the turn of twilight
when summer-worn sky colors like ripe plums
and the air unfolds with cool charity
of a song’s remembered refrain.
A dog barks, the moon leans low and slender,
two boys kick a soccer ball that fades
to a black and white smudge
and even they admit it's time for dinner.
Like any moment of a given year
it might pass with unspoken ease
the way a school of fish slips
between shadow and dappled currents.
But I've saved this one for you
to open and tuck carefully away.

Poet’s Notes:  I started the first draft of what would eventually become “August” a few years ago, as one might imagine, on a warm, late-summer evening after returning home from work. There was something about the light that evening that somehow felt both mysterious and charged with meaning.  I dropped everything and just wrote for the next half-hour or so, after which I had a long, formless stream of images. It was far more of a placeholder than an actual poem, but even then I felt an incredible sense of relief at having grasped something unspeakable and somehow translated it into words.

Editor’s Note:  The metaphors employed here are gorgeous, and the way the speaker directly addresses the reader in the final two lines is breathtaking.
Posted by Steven Wittenberg Gordon, MD at 6:35 PM