"Bird of Prey" by Sierra July 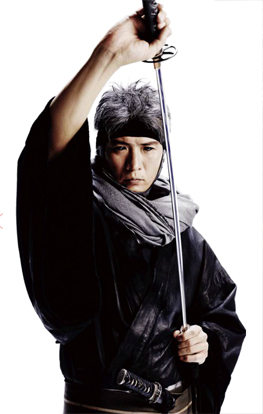 Sword talon-sharp with glint of eagle eye,
Takeshi was ordered: Cut down your prey
His prey were the weak, his prey were the starved
Those who stole to eat, while he killed to breathe

Though he felt pain for his stifled brethren,
With feathers too oiled or screwed to fly
He, mere slayer, was just a bird of prey
His only solace was his victims' breatk

Eyes dark, hearts stilled, they would find their wings
And would return to the sky again

Poet's Notes: This is the story of a samurai, inspired by the many Edo period tales I've heard and loved, from live-action movies like Seven Samurai to manga series like Rurouni Kenshin. I decided on the bird metaphor to show the samurai and his victims are still brethren, while not blatantly saying a human is a human. Also, I like that while the samurai's prey were featherless or too sullied to take flight in life, in death they fly again.
Posted by Steven Wittenberg Gordon, MD at 4:19 PM