Atop golden, parceled earth,
the sun came in with a bright mist,
with the electric vibration of dawn,
with shadows reaching out like long fingers;
Starting at the remaining cultures
and extending over the nudity of a partial harvest.

It lit everything with equality,
Until the soft blush of a virgin sunset
made the hills seem modest.

There were workers sorting through bushels of lettuce.
There were cattle walking near the fence without
Any inclination of panic or doom, with in fact all
postures of idle satisfaction, of slow complacency,
Assigning indifference to all things, including their very existence,
The twisted span of this existence.

The man walked over
his homeland, remembering
the girls of his American youth.
He envisioned them all
with heavy impressions:

There was the blonde.
She wore a one-shoulder top with a ribbed knit,
Solar hair falling over her bare and small shoulder.
There was profoundness to her feelings, and
Although she would never admit it,
she needed all the feelings of her heart
to be reciprocated with exactitude.
She needed every shared thought to be
identical in his mind, as if
This uniformity was necessary
not only for their love
but to make her content
within herself.

There was the brunette.
Her tunic, draped loosely,
had a black slit and button closure,
offering a thin line of disclosed skin.
Her skin there was soft and in its palest shade,
There where her spine dipped as she stood
maintaining a straight posture,
conveying fundamental uncertainty
and an attempt to hide it.

There was the redhead.
Her excess of heart was apparent,
her dance was contagious, 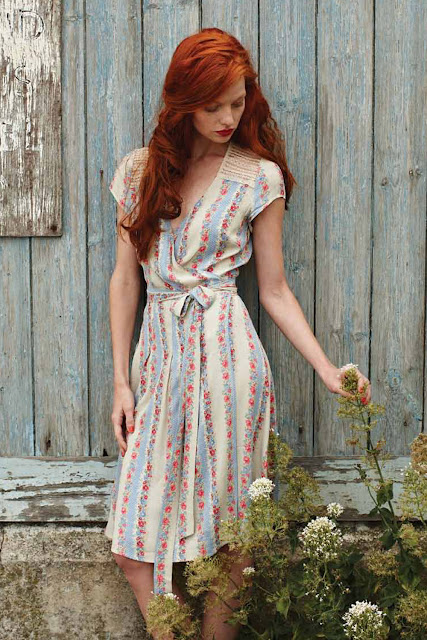 and her, he really remembered —
The buoyancy, the lifting,
the subtle sadness that flaked from her
in little pieces of her actions,
The goofy laugh that revealed her completeness.

Her hair, orange like a jar of marmalade
on the windowsill in morning light.
Her spirit, determined
like California poppies with cup-shaped blooms
marking dry, tilted earth with the insistence
of vivid wonder.
Her composed smile, such a careful thing;
Her eyes bright, her lips pursed
only slightly in a compromised pose.
And those eyes, so big and green,
how they looked at him and also seemed open
to the world.

She played in those moments,
contained by her pink sweater with eyelash yarns;
The tree’s shadow keeping them apart
from light brushing over the valley.
And they would explore each other in sand
by an aqua-blue hourglass body.

They watched the sparrows fly
like bullets out of bramble,
startled by the moans
of two young lives at their peak of being.
They laughed at the frantic flight of birds,
while falling in the arms and breasts of one another.

He wished then
That there could be a flicker of her in all things,
And all the colors so richly poured onto every patch of earth.
Looking back, he thought:
“Isn’t youthful love so big and dramatic?
Isn’t it the most innocent lover who, ironically, declares,
“You are the world, and for you I’ll give the world;
Yourself, to you?’”

He would return from the Middle East
with salt and pepper hair, seasoned too soon.
He approached her house along a weed-choked path.

When they met again, they held hands
and he recalled her light and delicate size
and she studied leather skin, his scars.
And they did this for a while, intently,
like bees fussing over the minuteness of their task,

Until she told him:
“Come home, forever.
There is never a sacred act of violence.
Love is sacred. Art? Yes.
And anything associated with creation:
beautiful and continual creation!
God was not the answer to ‘how do things die?’
But to ‘why do we live, and for what?’”

A heavy sigh preceded his reply:
“What’s the flame?
The same flame that illuminates the idea
reveals the heart and its attractions.
It is a flame that some can barely contain
while others laboriously try
to re-ignite it, till they decide
They are creatures of the cold
As owls and raccoons are born nocturnal,
never regretting their lack of daylight,
As birds belong to sky
never thinking to complain
about tempers of the wind.
And so these people put a name
on the coolness they know well:
Contentment,
It is called.

What lights the unknown spark?
It’s unanswerable
but there is divinity in fire.
Because bodies can grow,
But souls? They burn.
And they burn wild.
This is why I fought and why I now explore,
That’s why I left the fields and left you here,
Alone.”

And she commented then that she
had not been alone.

She also said that she’d changed,
But it seemed to him that she had
more words than meaning,
more opinions than wisdom,
A searching and disruptive self,
which made sense to him:
To search is to overturn all things.

When he last saw her,
she splayed out on the sand
and whispered,
“Now it’s my goal
To make my breath like the waves
lapping against the coast,
To completely fall
within this world, because
to keep any distance from it
creates tension, and that
I can’t bear any longer.”

He said, “When we were young
that was all
I tried to do.
But I abandoned that goal,
Somewhere in aging.”

She insisted this was all that anyone
could ever fully achieve, but he
persisted in his attempts for power,
even when rebuffed,
even in bleak times.

He would explain it as follows:
“Hope is the suspension of an unwanted reality
And so the mind welcomes the better tomorrow
before the horizon allows it;
As if this globalized crescent might succumb
to the dictations of fiery imagination wires!
Yes, hope is the deliberate blitzing of ruin
with seeds that fall from airplanes and bloom in ash.
Hope is security locked inside the chaos.
Hope is the justification of the heart for recovery.
A reason to fight again, to hit walls and love a million times.
The hope in you, the unity in you, the fervent motivation,
It would not exist were it not mirrored elsewhere
in the outside world,
Even if only in a distant future…
Do you see now why I must fight?
Why I must wander? Why my life
is always conquest, not contentment?”

And there would come a time when he
could no longer see what he proclaimed then,
When he would do anything
To feel her gentle breath
against his neck.

Poet’s Notes:  There are critical junctures in our lives in which sacred values compete for prioritization. Perhaps the stakes are never higher than they are in love. There are profound and expansive ripple effects to the decisions we make in our relationships.

“American Saga” aims to offer up a quintessentially small town mythology. It is both a poem and a short story. It is about the love we pursue and the love we discard. The narrative pits chaos and hope against contentment. This poem prompts the reader to think deeply about the logic that underlies all choices and the impacts that can never be predicted or understood.
Posted by Steven Wittenberg Gordon, MD at 6:16 PM