Poem of the Day: “The Mother” by Melinda Coppola

Songs of Eretz Poetry Review is pleased to present “The Mother” by Melinda Coppola.  A brief bio of Ms. Coppola may be found here: http://eretzsongs.blogspot.com/2015/12/poem-of-day-spring-dream-by-melinda.html. 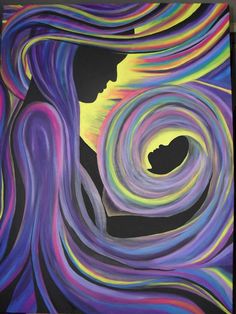 You wake in the middle of the night.
This is not new, I am tired and move
dreamlike to your bed, empty my pockets,
open my arms, offer water and all
that which is music for you; soothing words,
the moontime sway of muted murmured
song and dance, our odd routine.

Someone lost her only child tonight,
somewhere some mother
tightened her grasp around
small bones, soft skin still warm,
reaching down to close tiny eyes
in a final gesture of care-taking,
shielding her baby
from her own wracking grief or a last view
of this world's injustice. Their world of
famine, war, desperate pain.

Two continents away we feel the shudder,
And I squeeze you a bit too hard,
Almost knowing why,
And millions of us everywhere
Do this dance night after night,
Reaching and holding and rocking,
Wiping the same tears.
We are all one mother,
loving and nursing and
mourning the same beloved child.

Poet’s Notes:  There is a place inside me that was forever altered when I became a mother. It’s like a new chamber was formed in my heart and it’s often a communal space where other mothers and their children gather in circles. This poem grew in there until it couldn’t move freely and there was pressure; those words wanted out. They flowed fast, almost urgently, like molten lava obliterating remnants of notions;  we and they and karma and even some well-behaved doubt and fear. We are all much more alike than we are different, and motherhood in particular seems to want recognition of that and a voice for it.

Editor’s Note:  It is not easy to compose a poem about motherhood that avoids cliché, but Coppola manages to do it here.  The beautiful message radiates from the page.  The conceit of mother as metaphor for all mothers is breathtaking.
Posted by Steven Wittenberg Gordon, MD at 12:39 PM