Poem of the Day: “Things Leaving” by Nels Hanson

Songs of Eretz Poetry Review is pleased to present “Things Leaving” by Nels Hanson.  Mr. Hanson grew up in California’s San Joaquin Valley and has worked as a farmer, teacher and writer/editor. His fiction received the San Francisco Foundation’s James D. Phelan Award and three Pushcart nominations. In addition to a previous appearance in Songs of Eretz, Hanson’s poems have appeared in Word Riot, Oklahoma Review, Pacific Review, and other venues.  He received a 2014 Pushcart nomination, Sharkpack Review’s 2014 Prospero Prize, and 2015 and 2016 Best of the Net nominations for his poetry. 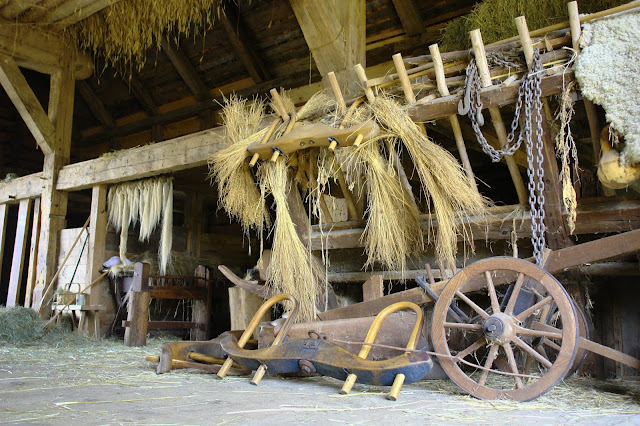 This morning the deer antlers
were missing from the barn’s high
wall above the open door. No
ladder, rope, footprints in the dust
or strange tire tracks. Where did
the white twelve-points like two
joined branches go? Who’d want
them and for what? I heard no hooves
last night, no phantom buck kicking
and snorting, retrieving lost horns.
Gone, like that, just disappeared.
No sense to call the sheriff or file
a complaint. It worries me, though.
What’s next? The glass water jug
scarred the color of milk? Great horse
collars hanging from the rafters
for teams of Belgians bones a century
or more? Hammer, anvil my father
fell and cut his liver on when he
was four? His army helmet on a nail?
Is this the start of something bad,
the way an old man’s memory falls
away in pieces, like shingles blowing
from an unpatched roof? I had a
hunch just now some ghost we loved
is forgetting us and one by one
things familiar as the sun or rain
are going and won’t come back.

Poet's Notes:  I grew up on a farm, both of my grandfathers were farmers, and from the earliest age talismans from the distant past surrounded me. There were old hay and vineyard wagons, harrows and plows, and in the barns and sheds harness and horse collars, two-man saws, double-bladed axes, scythes, anvils, and discarded household goods and clothes. Farmers never throw anything away--one never knows when something might come in handy.

Everything I saw and touched seemed numinous, alive with spirits of the family members who'd come before me. When I swung a sledgehammer, I was aware of all the men whose hands had gripped its ash handle. When I walked the vine rows, I often found rusty horseshoes, lost pliers, and once a large horse's molar, hard and white as ivory. It was a magical world, especially for a child, and everything was alive, a presence, a ghost, a friend.