Review of Thrall by Natasha Trethewey 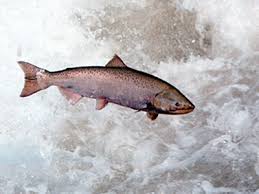 Almost all of the poems by this mixed race poet have the same theme:  mixed race.  The poet finds inspiration in paintings, most of them by Spanish or Mexican artists, that depict a white father with his negro wife and mixed race children.  The poet also presents what is essentially a "found poem" based upon documents that the early Spanish settlers in Mexico used to stratify Mexican society along racial lines.  The notion of being treated unfairly and differently due to being of mixed race pervades almost every poem.

I find that any one of the poems of the mixed race theme in the collection reads pretty much like all of the others.  These poems sound only one note that at first resonates but then falls flat.  My favorite poem in the collection is "Elegy (for my father)," one of only a few that have nothing to do with race.  As I read, I thought of my own father, now dead.  Even though I never went salmon fishing with my father, there is something universal about Ms. Trethewey's experience with her father that really sings.

On another personal note, I was prompted to read Thrall because it was chosen as the summer reading for my son's freshman class at the Columbus College of Art and Design.  It is my understanding that the poetry collection will be used to inspire the art students.  I hope my son creates something with salmon in it.
Posted by Steven Wittenberg Gordon, MD at 2:16 PM