Poem of the Day: "The Applicant" by Sylvia Plath, Poet of the Month

Editor's Note:  Sylvia Plath was the Songs of Eretz Poet of the Month for September 2014.  However, only three of her poems were reviewed before my time was overwhelmed by the MOOC ModPo course and presentations.  Now that ModPo is in its final days, it is time to give Ms. Path proper treatment by picking up this month where I left off in September.

"The Applicant" is comprised of eight stanzas of free verse.  Each stanza contains five lines.  There are many end-line rhymes, near-rhymes, consonances, and exact rhymes (for example, rhyming "it" with "it").  The rhythm, while irregular, has the flow of conversational speech. 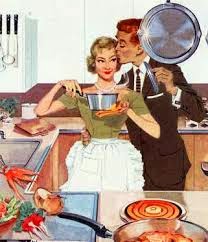 The title mocks the institution of marriage, comparing getting married to applying for a job.  The speaker is literally a human resources worker, figuratively a priest or some other person with the authority to perform a marriage ceremony.

The first seven lines drip with sarcasm.  The seventh line asks, "How can we give you a thing?"  The "we" is the marriage authority.  Given the first six lines, the seventh could be rephrased as, "I see you are perfectly sound of mind and body and should be fine on your own, so why would you want to get married?"

Once the conceit of the poem, as established in the first six lines, is understood the meaning of the rest of the poem becomes clear.  In the tenth line, it is important to see that "hand" also means "hand in marriage."

Lines eleven through seventeen depict the wife as a servant for the husband until death--until she closes his dead eyes with her thumbs.

Lines eighteen through twenty-eight tell of what a woman will get out of marriage, alluding to sex as something "black and stiff, but not a bad fit."  The woman who marries is mocked as "empty headed."

Lines twenty-nine through thirty-five mock wedding anniversaries, beginning with paper and leading to silver after twenty-five and gold after fifty years of marriage.  Addressing the man, the speaker again emphasizes how the wife will serve him by sewing and cooking--and perhaps annoy him by incessant and presumably empty headed chatter.

Line thirty-six mocks marriage as something that "works."  The best that can be said is that "there is nothing wrong with it."

Line thirty-eight may be mocking those who marry simply to enhance their societal "image."

Line thirty-nine mocks marriage as a "last resort" from the point of view of the man.

The final line is phrased as a question but does not end in a question mark.  This makes the line a statement.  The words "it" and "marry" are repeated three times with perhaps different meanings each time.  "It" could mean:  the institution of marriage.  "It" could also refer to the bride or bridegroom--making them objects (as opposed to using "him" or "her").  "Marry" could literally mean "to get married."  Alternatively, "marry" could mean "to accept" or "to buy into" the institution.
Posted by Steven Wittenberg Gordon, MD at 4:52 PM