Poem of the Day: "All Appearance" by Sylvia Plath, Poet of the Month 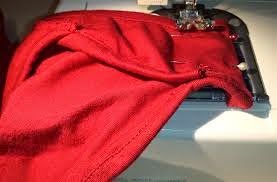 "All Appearance" consists of six free verse stanzas of three lines each.  No rhymes or other poetic devices bind them, so the stanzas are not traditional tercets; however, the second is enjambed to the third as is the fourth to the fifth.  Many of Plath's poems that have been examined this month have a similar form.  The first and final stanzas could stand alone as haiku-like poems.

"All Appearance" is an enigmatic poem.  Given Plath's history, it may be safe to conclude that the poem is about Plath's ambivalence toward being a mother.  The first line may be metaphor for her infant child--a smiling thing into which food is put.

The second stanza may mean that while every day is like a new day for the infant, "Monday in her mind," the daily care of the infant has become repetitive and boring for the mother, all "ampersands and percent signs."  The speaker muses upon these ironic "contradictions" in the third stanza.

The fourth stanza may literally be about making a dress with the aid of a sewing machine.  There are also undertones of self mutilation or suicide--items that are never far from the surface in many Plath poems.

In the fifth stanza, the speaker marvels at what a perfect creature her infant child is, comparing it to a "Swiss watch."  In the final stanza, it is apparent that the speaker's heart is torn between the beauty and miracle of her infant and her duty to cater to its every need.  The stars may be metaphor for the years of the mother's life that she must devote to the child--including the years she will spend teaching the child her ABCs.