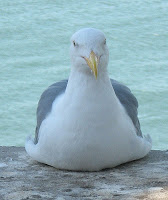 Songs of Eretz Poetry Review is pleased to announce that the winner of the 2018 Songs of Eretz Readers Choice Award Contest and a one hundred dollar honorarium is Melinda Coppola for her beautiful and moving poem “Autismville” http://www.songsoferetz.com/2018/02/readers-choice-award-contest-poem.html.  This poem was the clear favorite of the readership from the start of the contest to the finish and ultimately received 36% of the vote.  Two more of Coppola’s poems, “7 a.m.” and “The Poet Says This Is How You Should See” received 23% and 5% of the vote respectively.

“Deceptive Cadence” by Carol Kner came in third with 13% of the vote.  Another one of her poems, “Passing On,” received 6%.  “The Great Escape” by Yoni Hammer-Kossoy came in fourth with 12% of the vote.  “When I Am Old” by Tim Amsen came in fifth with 8%.

A hearty thank you is extended to the poets who participated and especially to the readers who voted for their favorites.  The contest was so popular that Songs of Eretz has decided to make it a yearly competition between all non-winning finalists in the annual Songs of Eretz Poetry Award Contest.  We plan to offer a two hundred dollar honorarium to the winner in 2019.