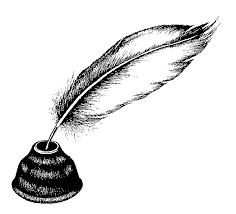 I would describe my prose as formal and poetic, lovingly sprinkled with literary devices and word order inversions.  My literary voice is never forced, or at least never feels that way to me.  I actually speak and have always spoken in an old-fashioned manner--to the point where I was occasionally mocked as a child for it.  One of the instructors at the Veteran's Writing Project seminars that I attended in March and April 2012 described my voice as, "formal with a dash of humor."

Neil Gaiman included several narrative poems in his short fiction collection Smoke and Mirrors, and that gave me an idea:  There is a separate market for speculative poetry, and since I write like a poet anyway, why not re-work some of my prose into narrative poems?  I took on the challenge and found it whimsical and fun--I even engaged in some word painting.  Two strong narrative poems resulted from this experimentation, and they have been submitted to poetry markets.
Posted by Steven Wittenberg Gordon, MD at 10:03 PM