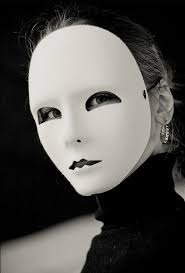 "Real Faces" by Ken Liu appeared in the July/August edition of Fantasy and Science Fiction.  Law school students wear electronic masks that make them appear gender, race, and ethnically neutral in order to avoid discrimination of any kind when interviewing for jobs.

The idea of using an electronic masking device to alter ones appearance first came to my attention after reading "Immersion" by Aliette de Bodard in a recent edition of Clarkesworld (reviewed in Songs of Eretz June 13, 2012), but Mr. Liu takes the idea to a whole other level.  The use of the mask in "Real Faces" has unforeseen and interesting consequences--I will not elaborate for fear of spoiling this important and riveting tale.

Usually, after I read a speculative fiction story, if I really liked it (or really didn't), I might casually mention it to my wife or son.  Most, even the good ones, are forgettable.  This one sparked a good half an hour discussion over tea with my wife and hours of private musing.  It is a story I will never forget--and I only say that about a rare few.

Every politician, every teacher, every employer, and perhaps everybody else would benefit from reading this story.  The discussions about race, gender, and ethnicity that would inevitably ensue are important to have.  I do not exaggerate when I say that this story could change the world.  It was brave of Mr. Liu to write, and I thank him.
Posted by Steven Wittenberg Gordon, MD at 8:21 PM